Will Chelsea lift there 3rd Title as Thomas Tuchel as coach...? 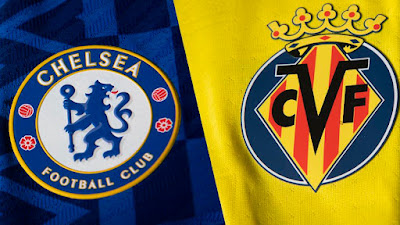 Chelsea will face Villarreal on Wednesday, August 11 at Windsor Park in Belfast in the UEFA Super Cup final.

As winners of the Champions League, after defeating Manchester City, Chelsea qualified for the final, while the Yellow Submarines ensured their passage by beating Manchester United on penalties in the Europa League final.  Although not as prestigious as either the Champions League or Europa League, the Super Cup is still an important competition, and with the season opener around the corner for both teams, it'll be vital for morale.

Chelsea head into the game as heavy favourites, but so did Man Utd in the Europa League final, and Villarreal pulled off a shock result. The Spanish side are by no means a walk-over, but after finishing seventh in La Liga last year, they don't have the firepower of Chelsea.

But how will each team line up?

Thomas Tuchel has a large squad available to him, but after 17 players were in action at the European Championship, some aren't fully fit. The players involved in the final, Chelsea's English and Italian contingent, won't feature from the start, and aren't expected to be involved at all. In fact, they are unlikely to play in Chelsea's Premier League opener against Crystal Palace either. Romelu Lukaku is yet to be confirmed as a Chelsea player, and the club are running out of time to register him to play in the final. As such, it's unlikely he starts, even if he is registered. READ MORE: How much Lukaku will earn at Chelsea As for who will start, Edouard Mendy has returned to form in between the sticks, while Kurt Zouma and Antonio Rudiger will certainly be picked. The only other question is over who plays alongside them. Trevoh Chalobah hasn't travelled with the squad despite impressing in pre-season, so either Cesar Azpilicueta or Andreas Christensen is likely to start. The Dane is our pick. Callum Hudson-Odoi has featured at wing-back in pre-season and with Reece James not yet fully fit, he'll start on the right, with Marcos Alonso on the left. Mateo Kovacic and N'Golo Kante will be in the centre, and a formidable front three of Hakim Ziyech, Kai Havertz, and Timo Werner will lead the line.

Villarreal have added much-needed depth this summer, although it's unlikely to be enough to see off the Blues. They have a few injury doubts, while some of their squad have COVID-19 fears. However, Sergio Asenjo will be in net, with Juan Foyth at right-back. New signing Aissa Mandi will partner Raul Albiol at the back, with Alfonso Pedraza at left-back. Pau Torres competed at the Olympics and so won't feature. Yeremy was exciting in the Europa League final and is tipped to have another big season. It remains to be seen whether Samuel Chukwueze is fit, but he might be used off the bench. Etienne Capoue will likely be partnered with Manu Morlanes, with Manu Trigueros on the left-hand side, just as he was against Man Utd. Gerard Moreno and Paco Alcacer will lead the line, with new signing Boulaye Dia ready to come off the bench.