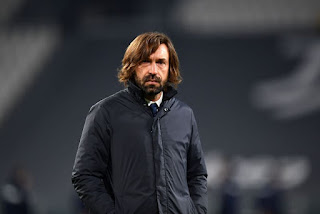 Portuguese superstar Cristiano Ronaldo has been going through somewhat of a goal-drought at Juventus recently. The forward has failed to find the back of the net in the Bianconeri's last three games.

However, Juventus manager Andrea Pirlo is adamant that his side can win games without Ronaldo having to score in every match, as evidenced by their 2-0 victory over Sampdoria on Saturday.

Following the win, Pirlo was asked about Ronaldo's supposed goal drought, to which he replied:

"Ronaldo goals are not always important for us. He made a good assist for the second goal and it's okay to score without his goals. We do not rely on him."

"We did very well throughout the game but we can do even better. Slowly we are growing, we begin to absorb things. It wasn't easy without much (pre-season) preparation, as I had to see what so many players were like in matches, rather than on the training pitch."

Ronaldo has been in stunning form for Juventus for most of the season so far. Despite not scoring in his last three Serie A outings, he still sits atop the league's top-scorers list with 15 goals in 16 games.

The 35-year-old has been Juventus' most important player, putting in match-winning performances across competitions.

Despite not scoring against Sampdoria, Ronaldo's involvement in both of Juventus' goals showed his importance to the side's fortunes.

Juventus beat Sampdoria thanks to goals from Federico Chiesa and Aaron Ramsey. The win took the Old Lady to third place in the Serie A table, seven points behind league leaders AC Milan with a game in hand.

Juventus are now on a four-game winning streak in all competitions, but need to start stringing together wins in Serie A if they want to catch up with AC Milan at the summit.