Everything PSG have to offer Messi right now 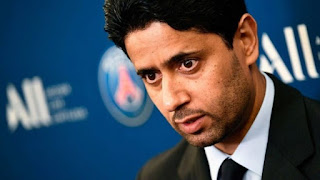 Paris Saint-Germain are one of the frontrunners to secure Lionel Messi's services if he decides to leave Barcelona at the end of his contract.

The Argentine is set to see out the rest of his deal at the Camp Nou this season after being denied the chance to leave the Catalan club in the summer.

Now, from Neymar to president Nasser Al-Khelaifi, PSG are beginning to seduce the iconic forward to make the move to Paris.

Here's what PSG can offer Messi:

PSG are one of the richest clubs in world football, with Neymar, Keylor Navas, Kylian Mbappe and Mauro Icardi among those on big money. The French club would be able to match Messi's current earnings at Barcelona or, if they manage to secure some big sales, could even better them.

The Champions League remains PSG's main objective and, in terms of achieving it, Messi could make the difference. The 33-year-old would make history if he wins the trophy at PSG, whilst also reuniting with it himself after a five-year absence.

Adding to a squad that already includes Neymar, Mbappe, Icardi, Keylor, Angel Di Maria, Marco Verratti, Marquinhos, Rafinha Alcantara and Leandro Paredes would be quite something.

Messi already knows a few of the PSG squad. He became close friends with Neymar during their time together at Barcelona, while he's also played with Di Maria and Paredes with Argentina. There's more South American blood in Keylor, Rafinha and Marquinhos.

Barcelona may be one of the best cities in Europe, but Paris is a capital city like no other. It has all the requirements to host Messi and his family.

With PSG the dominant force in their domestic league, the team can focus on Champions League success.